Download Bullet Bender Mod APK for a unique shooting game in the perspective of a bullet. Enjoy unlimited coins with the Mod version.

If you are a fan of the James Bond movie series and other action films involving gun shooting, you will surely enjoy this. Bullet Bender is a shooting simulation game released by its phenomenal creators from Lion Studios.

If you think this is going to be just another shooting game, think again. Bullet Bender goes beyond shooting a target. As the name suggests, you get to control the trajectory of the bullet to accurately make contact to the head or the body. Unfold different scenarios as you progress in the game. 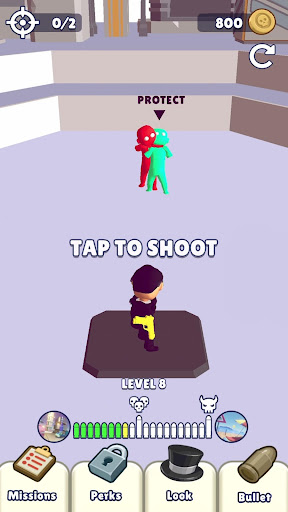 Play the hero in Bullet Bender as you protect civilians from bad guys. If The Avatar has fire, water, earth, or air benders, this game will have you bending bullets.

Entering the game, your character will be at the foreground, standing on a platform. In front of him will be his regular red targets, the bad guys. In other levels, you will see them as gold enemies. Killing them will earn you gold coins. The stakes get higher as you advance in the game such as the presence of the green people whom you need to protect or barriers that may cover the red enemies.

As you complete your missions, you will be rewarded with exciting rewards such as new gear, accessories, and costumes. Moreover, you can collect other high-end bullets as you fill in the required experience. It also has a Boss Mode where you face a monstrous enemy. Hit the yellow marks to double the damage. 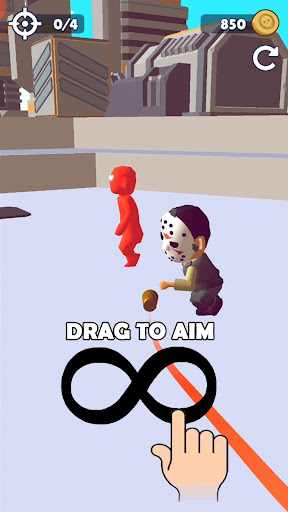 Bullet Bender features a combination of 3D and low-poly graphics. The gory nature of the game is somehow dampened by the cute illustrations of the characters, items, and the environment. It can get pretty intense as it is an accurate simulation of getting shot by a bullet. One standout feature is the real-time replay of the whole shooting incident per level. This makes you appreciate how cool your character looks taking down the enemies.

Controlling the game is very easy as you only need to tap your screen to shoot. From there, you can control the bullets direction by swiping left or right. 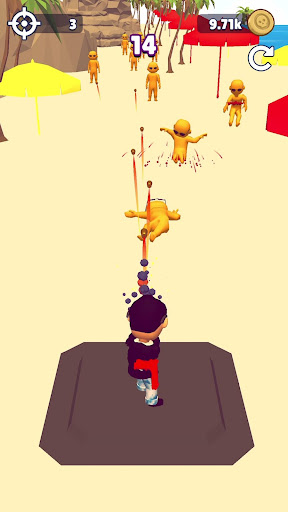 Bullet Bender is now under the radar of Android users. It has already amassed more than 1 million of downloads on Google Play. This addictive game can be played in any mobile device.

Eradicate all evil and be the hero of the town. Use all the amazing bullets in the game with the Bullet Bender Mod APK Free Download. Enjoy uninterrupted gameplay with all the ads blocked.